Jared Diamond expressed the view that uncivilised people are more intelligent than civilised ones, but didn't actually provide any evidence. Now, I am a zoologist, not a psychometrician, but two things are pretty obvious to me. The first is that intelligence is not a social construct; some people really are born smarter than others. The second is that race is real. We may be all brothers under the skin, but my blood line separated from that of the Aborigines about 2,000 generations ago, and from Africans nearly 3,000 generations ago. A lot can happen in that time. Therefore, I find it extremely unlikely that the various races can differ in (say) average height, but be exactly the same in average intelligence. On the other hand, some of the extremely low racial IQ I have seen quoted make my baloney meter light up.
To give an example, white people - at least standard Europeans - have an average IQ of 100. That's by definition, as we shall see. The average IQ of East Asians is said to be 105. That is the sort of variation I would expect. It's not my own race, but I can live with it. However, one thing a scientific education gives you is a good baloney meter or, as I prefer to call it, a b***s**t detector. So when I am told that African Americans have an average IQ of 85 ie at the bottom sixth of the white IQ, that the same race in Africa itself has an IQ of 70 (the bottom fortieth), and the IQ of Australian Aborigines is only 64 ie that of an 11-year-old child, my BS detector flashes brightly.
Let's start off by explaining what IQ tests are. They were originally devised for the study of school children, and essentially measure academic ability. More than one ability is measured, and an individual's score will be different for each ability, though probably not wildly different. It does not measure memory. Nor does it measure manual skills. In primary school I myself was normally top of the class. Then, one term, they introduced courses on woodwork and metalwork. Let's just say that I passed them, but only just. I am a disappointment to my wife in that, unlike her father, I have no handyman skills. The screws I insert are never really tight. I can put up a shelf, but it will always wobble a bit. You probably need a reasonable IQ to be an effective tradesman, but what you really need is something that never appears on IQ tests. And I shall say nothing about musical ability, because I have none whatsoever. 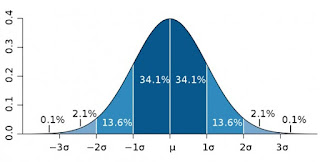