Walking Through Walls and Rationing Days 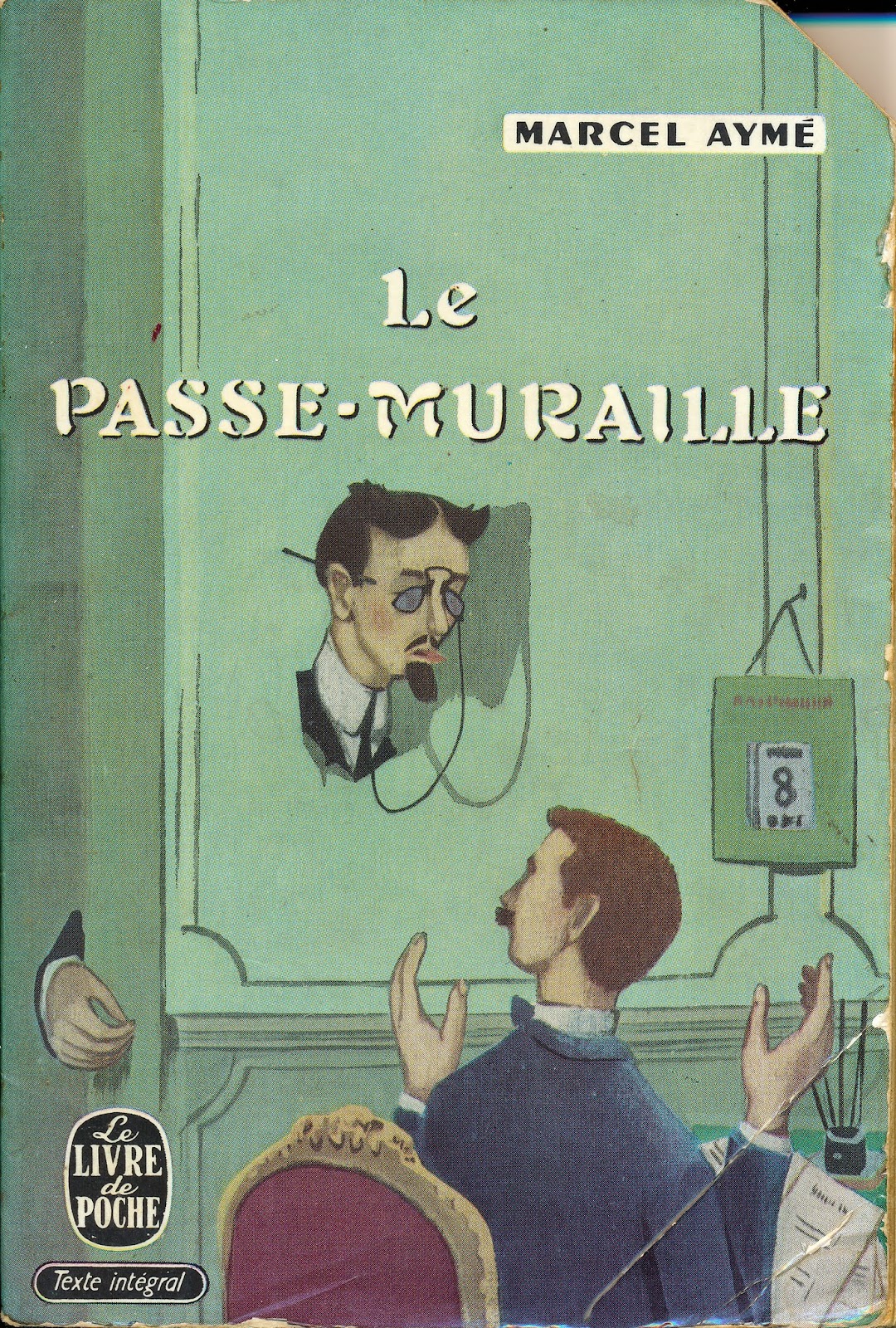 When I was learning French at high school almost fifty years ago, one of the short stories we studied was L'Huissier ["The Bailiff"] by Marcel Aymé, about a hard-hearted bailiff who, having died, is sent back to earth because he had not received a fair trial at the Pearly Gates. The commentary explained that it came from a book entitled, Le Passe-Muraille, and that Aymé's method was to take a fantastic and whimsical idea - in that case, a person returning from the dock of heaven - and build a completely logical story around it. Astute readers may recall that this was H. G. Wells' prescription for science fiction: let the reader accept a fantastic proposition by a suspension of unbelief, and then play it straight. The only difference was that Aymé's propositions were more whimsical.
I therefore considered myself fortunate to discover, while rummaging around a second-hand book exchange, a copy of the original book in French - with the corner sliced off to indicate that the bookseller would not be prepared to exchange it again. It was written in 1942 and published in 1943 ie during the German occupation, which is significant for some of the stories. If you ever get a chance to read it, either in the original language or in translation, I would highly recommend you do so.