The Behaviour of the Koala. 6. Fighting

In captivity, koalas are mostly very placid, easy-going creatures, but when they fight, they really fight. In all cases the basic pattern is the same: an arm is thrown over the victim, which is then bitten on whatever part of the anatomy is closest.
Literally hundreds of minor squabbles were recorded. These occur when an individual tries to climb past another. They may be prolonged, but are usually quite half-hearted, and often the victim not not deign to take notice of the bite, but simply continues climbing. Interestingly, an individual is more likely to be bitten if it approaches from the side or front, where it can be seen, then from the rear. Sometimes, if a koala finds its path blocked by a sleeping companion, it will give the unsuspecting fellow a bite, and an individual sitting near a squabbling pair runs the risk of being bitten.
Aggression does not appear before the age of 11 months nor, generally speaking, are cubs the target of aggression. As stated before, all adults are very tolerant with young. Towards humans Lone Pine koalas are very tame, though a mother may give a few nips if her pouch is tampered with. But nobody should ever try to touch a wild koala. Their jaws are strong and, although the powerful claws are not used in combat, they could cause severe damage if a frightened animal were to try to cling to its handler. 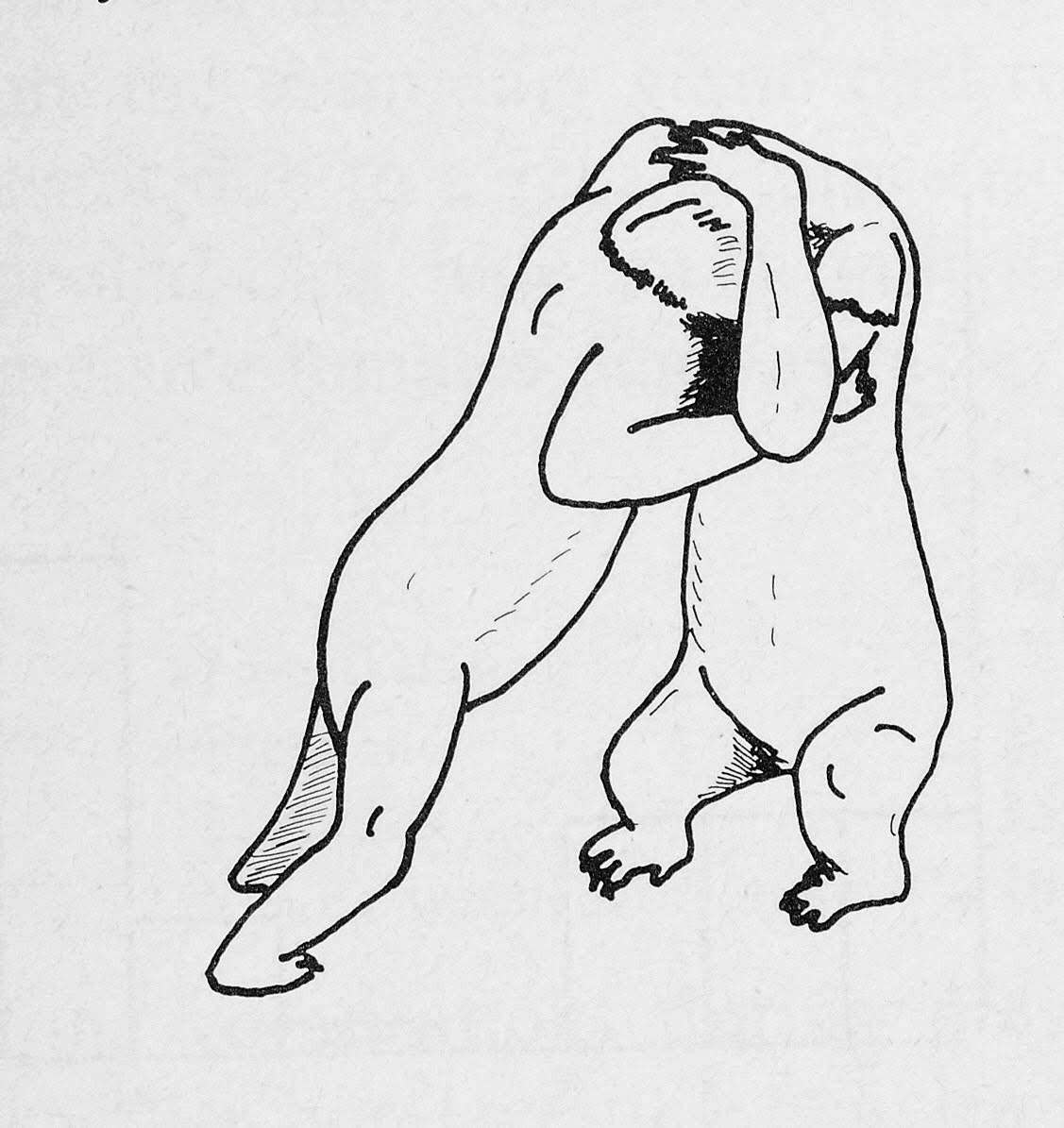